In these times of global connections, once a relationship has been established, is almost an unwritten rule, that the partners in it exchange, not only their phone number, but all the profiles of their social networks. It is even so serious that in the case of establishing a slightly deeper relationship, they even dare to make each other put: "In a relationship with" as their status.

After a few weeks or a few months of a relationship in which both of your behaviors seemed to be in line with your expectations, affectionate, gentle, polite and so interested, you are basically connected in every way possible. One day, one of you stops texting and answering the others texts. The one who is not answered becomes creative and is filled with denials, explanations, doubts, fears and excuses of all kinds. They search desperately for the other ways of connecting with the disappeared person, only to discover, that, not only have they removed them from all of their profiles, but also have then on their blocked contacts list. That, my friend, is exactly what ghosting is.

For the ghosted one, it can be an emotional moment they might think is filled with cruelty from theother person. Their confidence has been broken, self-esteem undermined, it is just very painful. And the worst, the most terrible thing, is to they are not even allowed to ask: What was it they did wrong or that they stoped doing ?, What was so terrible about them to vanish like a ghost would; hence the name! They might even start to fantasize that a shark ate them or they had an accident and were left with amnesia, but deep down they know what really happened: they just don’t want to talk to them anymore. It hurts, but life is like that, nobody is obliged to keep in touch.

Now, without this being any consolation, the person who ghosts unless they are an insensitive fuckboy or fuckgirl, also have their own reasons, which, let me tell you, are quite fair and not wrong at all. Want to know why ghosting is actually not shameful? Keep reading! 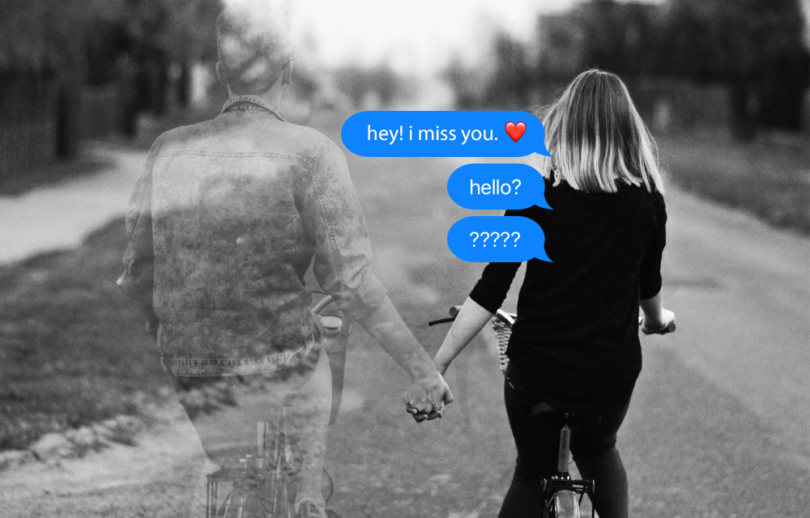 Why it is not shameful for people to naturally "ghost" someone

Although we know it's painful, there are times when ghosting another person is more than justifiable, as we said before. Keep reading for 9 reasons why it is not shameful for people to naturally ghost someone: 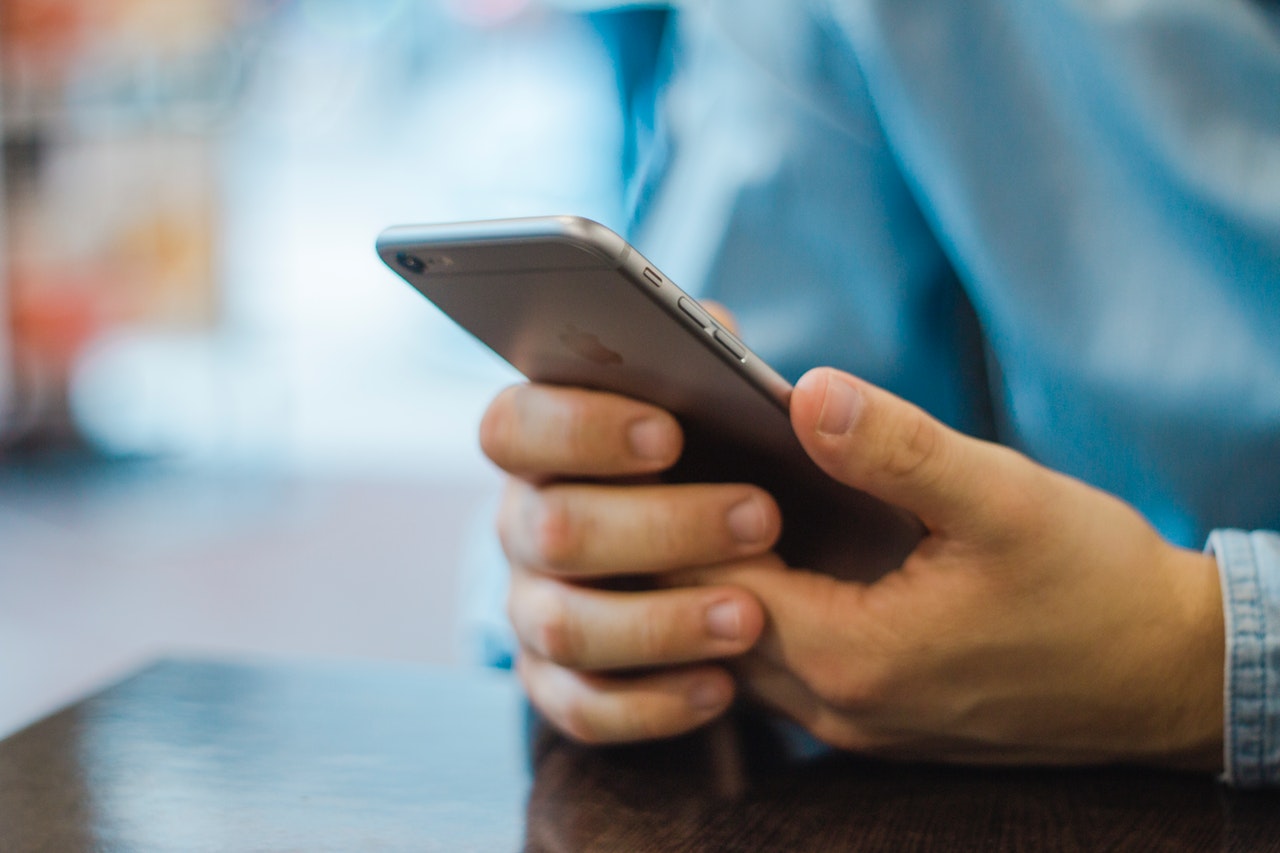 1. There is no feeling

Imagine this: you guys start talking, become really close, but at some point, due to any reason, you realize that you actually don’t really like that person and that there is no feeling at all. At this point, many will continue to talk to people with whom they have no affinity just because of being "polite." and not to hurt any feelings when in reality they just wish to stop talking to them.

If you start talking to a new person and discover that you two have nothing in common and you don't want to keep doing it, why bother? Why fake a friendship or a relationship? Do not waste your time and take distance discreetly, it will be much less painful than the other person finding out you don’t really like them whilst you two are still talking. 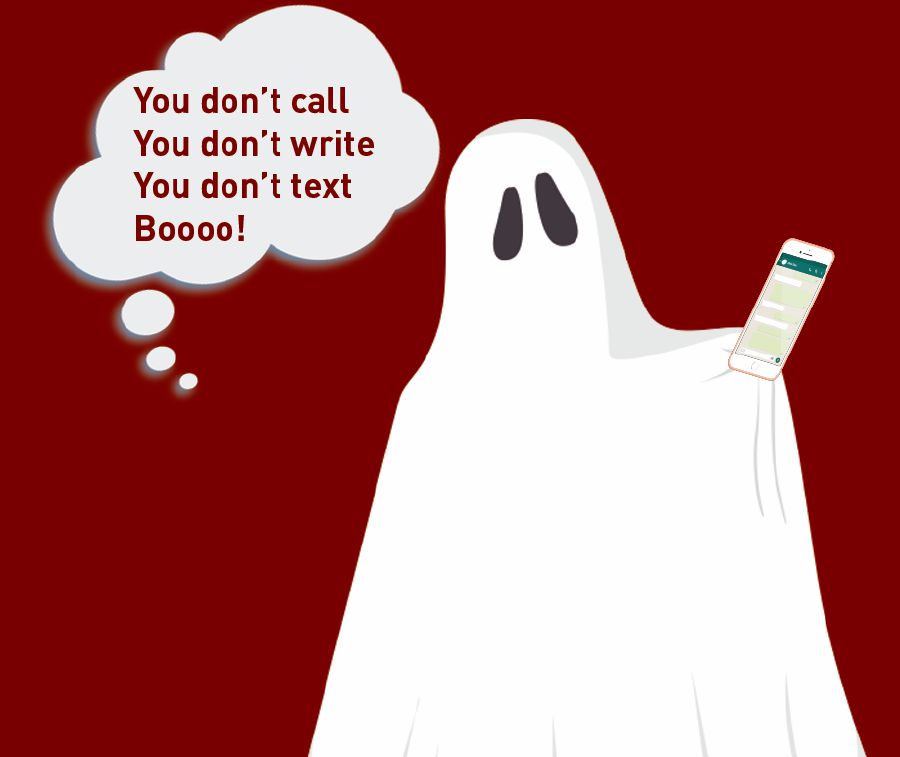 2. Things are going too fast

Now, we have a situation that actually happens to a lot of people and can be solved just by simply ghosting. You meet Someone who you instantly hit it off with and you two start talking every day. Not much days pass, and they are already bringing up things like being in a serious relationship, meeting each other’s parents, exclusiveness, or jealousy. What do you do? Do you start preparing for the wedding or do you run away in terror? 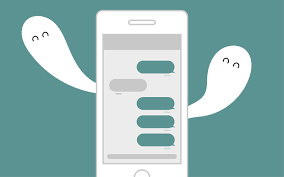 If you really don’t feel the same way, we advice you to escape as if your life depends on it. Of course, before you get to that point, try to identify if they are one of those people who goes to a 200 miles per hour when you really want to take it as a walk in the park. Sometimes this is not possible, and if it is too late, a good route to take is ghosting. Slowly but steadily, disappear from their reach. You will be thankful later.

3. If you discover their dark side or a secret

You guys talk, you really like each other, but, boom! Out of nowhere, you find out a great secret or something dark about the other person that you just cannot push aside. If you discover that this person has a reputation for being a serial womanizer or has hidden children, what do you do?

Yes, one option should be talking about it and letting them know that you found out about whatever it is they were hiding. But, not everyone is good with talking, and it can be too embarrassing or scary to do so sometimes. That is the moment where ghosting becomes really handy. Just vanish as shockingly and fast as you found out that secret. You have every right to do so! 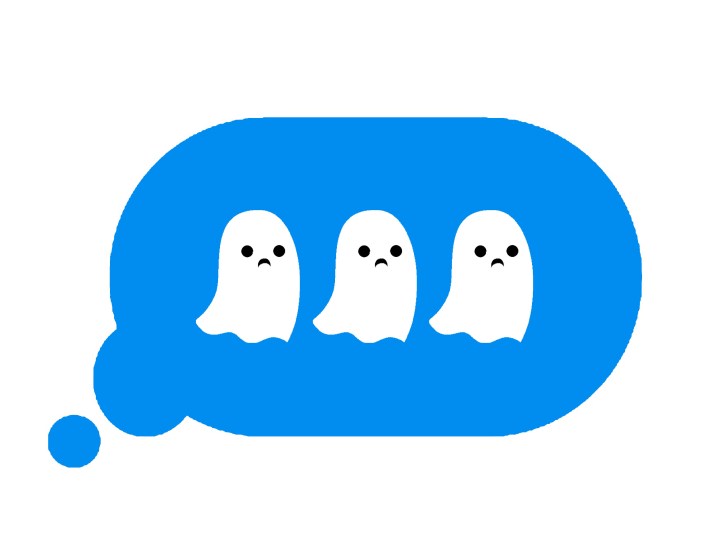 Fuckboys and fuckgirls: there is always one of these people just around the corner waiting for you to fall into their traps in order to use you for one thing and nothing else: sex. Those men and women who flutter through life like flies who are just thirsty for it no matter who they hurt in the process.

But now, do not get us wrong; if that is what you want, take advantage and enjoy having no commitment. On the other hand, if you actually wanted something else and even started to have feelings for them, they deserve the so called ghosting. Trust us, it was just a matter of time until they actually ghosted you first. It is better to be the attacker than the victim in this case, so hit first before they get rid of you and break your heart. 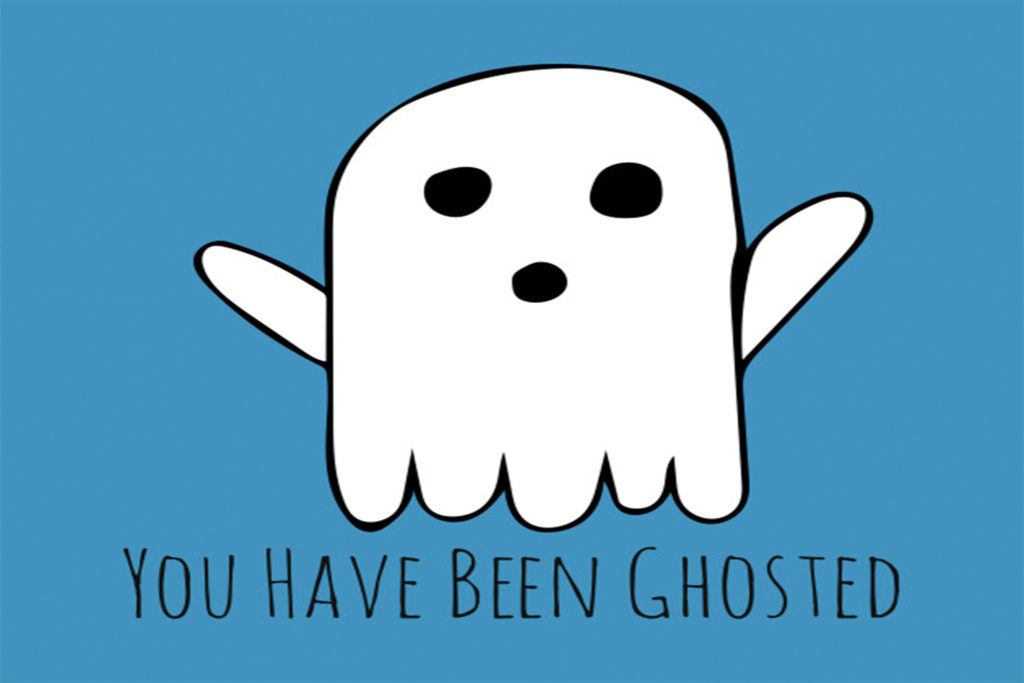 Cheating is a subject which can be treated in many different ways. Basically everyone can take it and handle it in very different ways than any others would. Some just forgive and move on, some cheat too to get revenge, and others just fight until the end of their relationship. 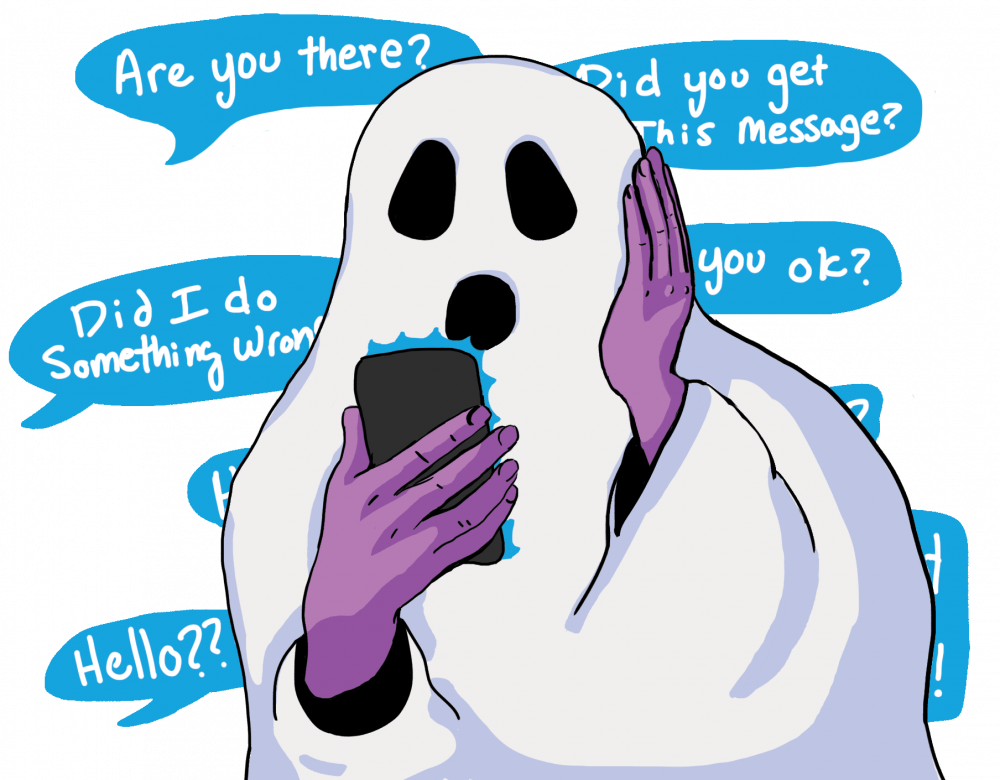 If you don’t have either the energy nor the will to do any of the things we mentioned above, and you just want to leave the relationship behind without too much fuzz, ghosting can be just the right thing for you to handle this situation. I mean, you just disappear and don’t loose your energy trying to discuss over something that recked your relationship and that can’t be mended. Also, they completely deserve for you to get out of their lives with no trace as they did not know how to treat and value you when they had you. Bad for them!

If you are going to be in a relationship, my friend, make sure that they treat you just as you deserve to be treated by anyone regardless of who they are: like a goddess. People you are in a relationship are supposed to give you love, respect, and just be the best they can towards you.

If this is not how your relationship goes, then you have absolutely no obligation to put up with disrespect or any type of abuse. Get out of that relationship as soon as possible before things get worse and they hurt you really bad mentally or even physically. And, as they where so crappy towards you, they do not deserve any explanation from you. Just ghost them and get out of that toxic relationship fast. It is totally fair. 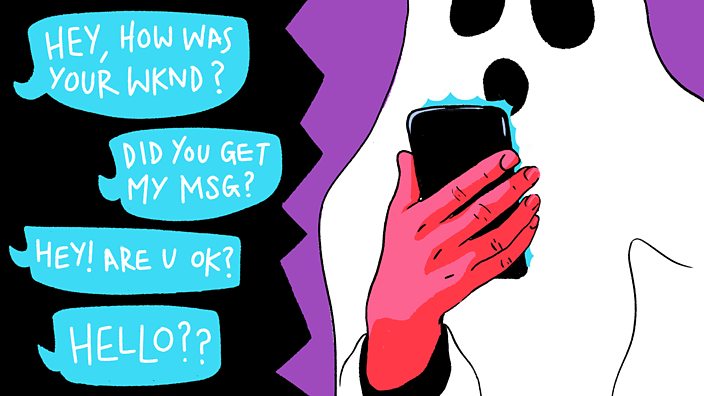 Not all of us have the time and energy to deal with someone. They text, they call, they try to talk to you, and you just cannot will all of it, which is totally fine. There are some people who simply are not ready for the commitment to having someone takes or the time it actually needs to be available for someone.

If this is your case and you just don’t want to deal with the whole breaking someone’s heart situation or telling them this, ghosting can be the right way out for you. They will have to figure out the reasons by themselves. 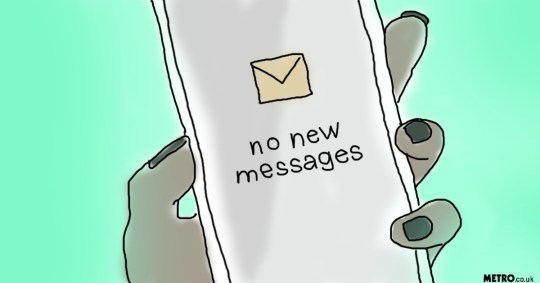 8. You find out they want to end things

It is better to breakup with someone before them doing it, am I right? You save up on embarrassment, pain, and just the whole mess that is having someone breaking up with you. 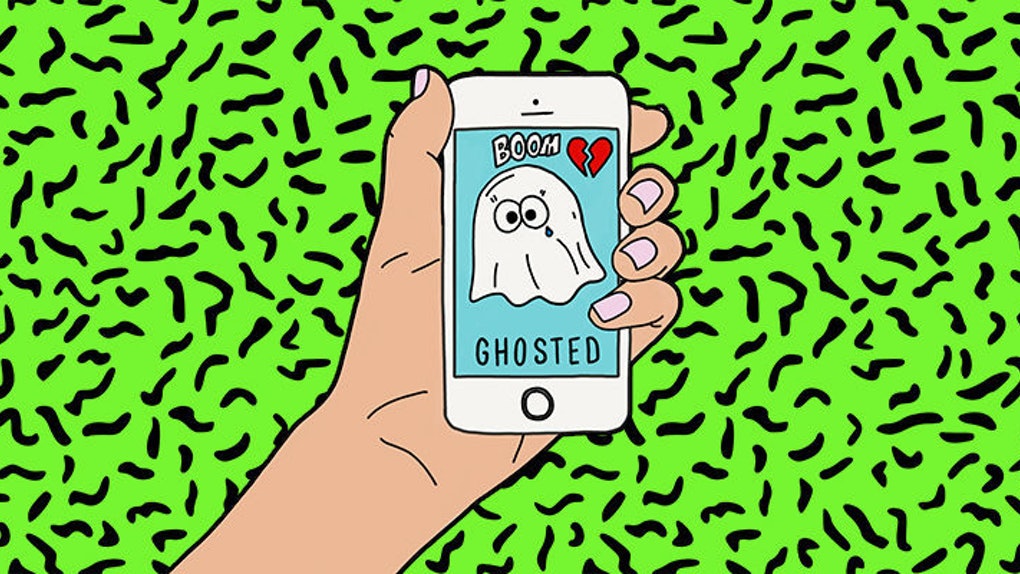 If you find out that they have been meaning to end things with you for any reason, do it in advanced before they get the opportunity to. As you probably don’t have any reason to breakup with them other than they not wanting to be with you, you won’t want to talk to them when doing so. The best solution here is to simply breakup by ghosting them. No explanations needed and they will probably be thankful that things ended this way instead of them having to do the difficult breakup.

Alright, we all have the right to do whatever we feel like doing when it comes to relationships. It’s a free country. So if you just simply feel like ghosting someone, do it without much hesitation. We all have our reasons, you don’t have to explain yourself to anyone. No judging. 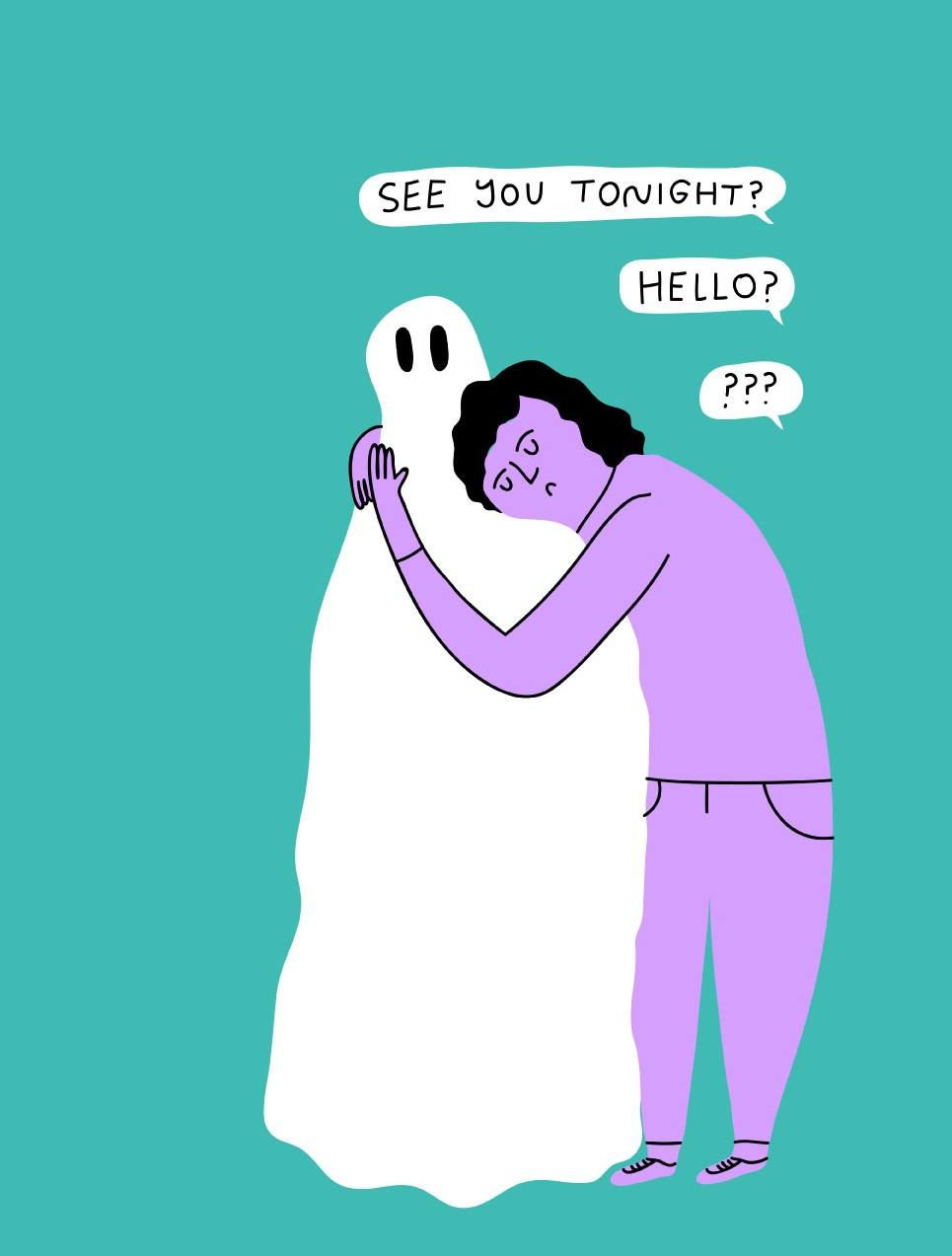 Related Article: Ignore And Leave Him Alone And The Opposite Will Happen! 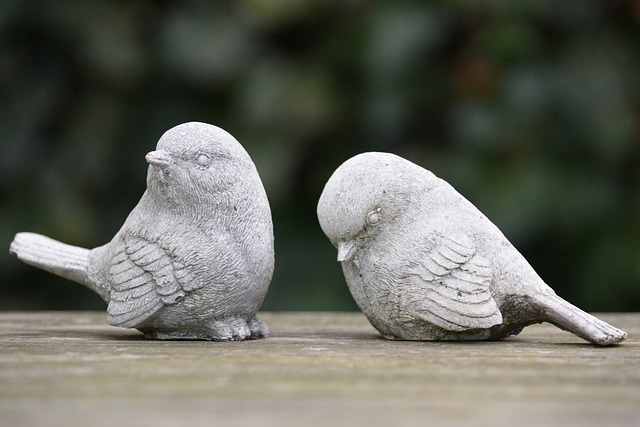 How a contrarian approach will make him come back to you

If you have read this article, you probably came looking for something that told you that ghosting is not mean and that you are not a bad person for wanting to apply it as an out to your relationship. Now that you have got the reassurance you needed to take the step and ghost someone, go ahead and do it! There is no reason to feel bad or ashamed of it. We already told you why it is alright!