Generally, guys don’t care that much about the height. At least, not as much as women do when it comes to choosing their man, but preferences still exist. If you’re already dating him, it means he’s thrilled to have whatever it is you’ve got with your vertical orientation. However, some guys are specifically into shorter girls, and there are a lot of reasons why!

Imagine what the world would be like without the short girls? While their personalities and habits might be cute on their own, but their height just takes their adorableness to the next level. There’s something incredible about seeing tons of wit, humor, intellect, and love packaged into something so preciously small. And there’s a lot to love and desire about that! 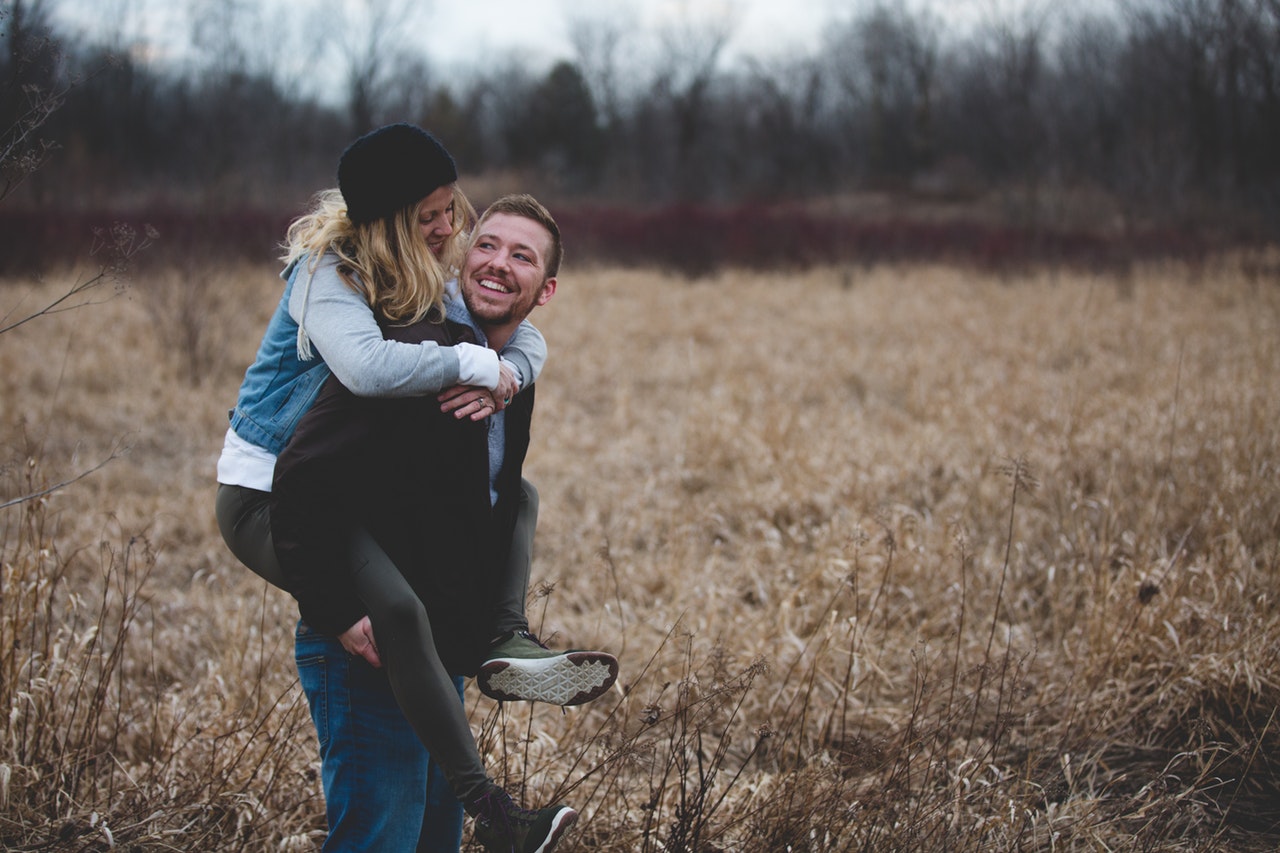 They might have a few more difficulties like the rest of us, like not being able to reach the top shelf, but they’ll be a treat to partner with. In this article, we’ll go over nine of the best things about short girls that make them super adorable. Let’s get started!

1. Short girls are too cute to handle

Short girls, especially when paired with a petite body type, are irresistibly cute to guys. Even the most normal common stuff gets way more adorable when it comes from them. Her laugh seems like a lovely little child giggling. When she’s eating her food, she looks like a little chipmunk chewing with her cheeks all swollen. When she yells at you with her fists on her waist, it’s too hard to take her seriously because all you see is a little animated teddy bear with a frown. Oh, and she says something sweet to you, you’d just want to pick her up and love her back. She’s cute without even trying, and if that’s not wifey material, we don’t know what is.

2. Short girls have an extra dose of femininity 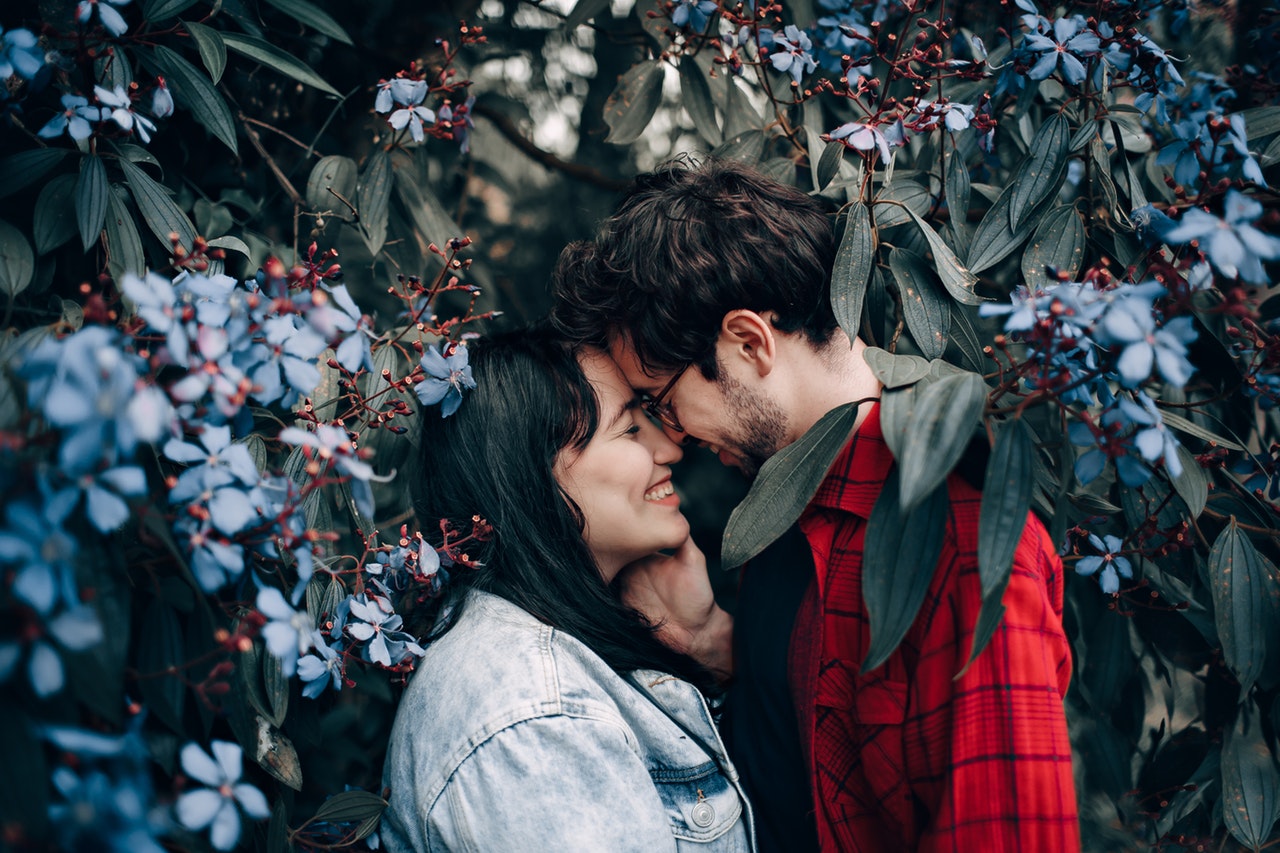 Nothing against the tall girls or anything, but they can sometimes lose their feminity through their physical appearance. The shorties, on the other hand, define what feminity looks like. Their form factor appears to be more physically proportionate and look more feminine. In many cases, it’s common to see short girls even behaving in a more feminine manner than the tall ones. Most of the tomboy girls out there aren’t short at all, though there’s not a specific reason for it.

Studies have backed this, too, showing that short females have increased levels of estrogen in their bodies, providing them with more feminine features. Not only does it affect the way they look, but it has an impact on their personality and behaviors too. It makes them more nurturing, sensitive, and more interested in family and children. These qualities are what any man would die to have in their wives, and that’s what makes the short girls so desirable to date!

3. Short girls ride with you for life 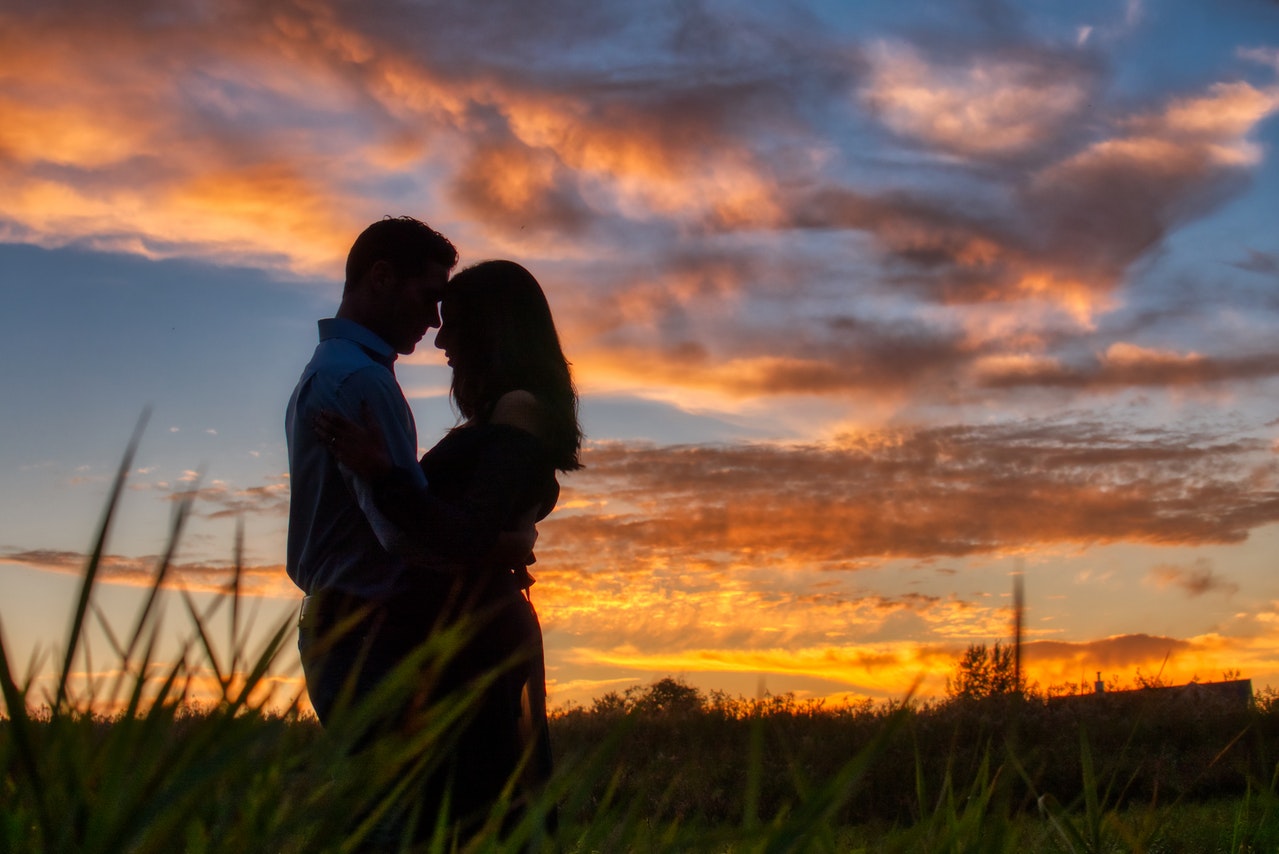 You’ll see it in the movies, and you’ll see it in real life too, the long-lasting love stories always feature a short woman in them. Again, no hate against the tall queens out there, but that’s just facts. While some tall girls might be a ride or die partners too, when a short girl gets with you, they’ll stick with you forever – in a good way, of course. They’ve got way too much affection and care to give, and don’t need a reason or condition to love you. Plus, after a long day of work, there’s nothing as wholesome as coming home to her and just cuddling her to death!

4. Sex feels more adventurous with them 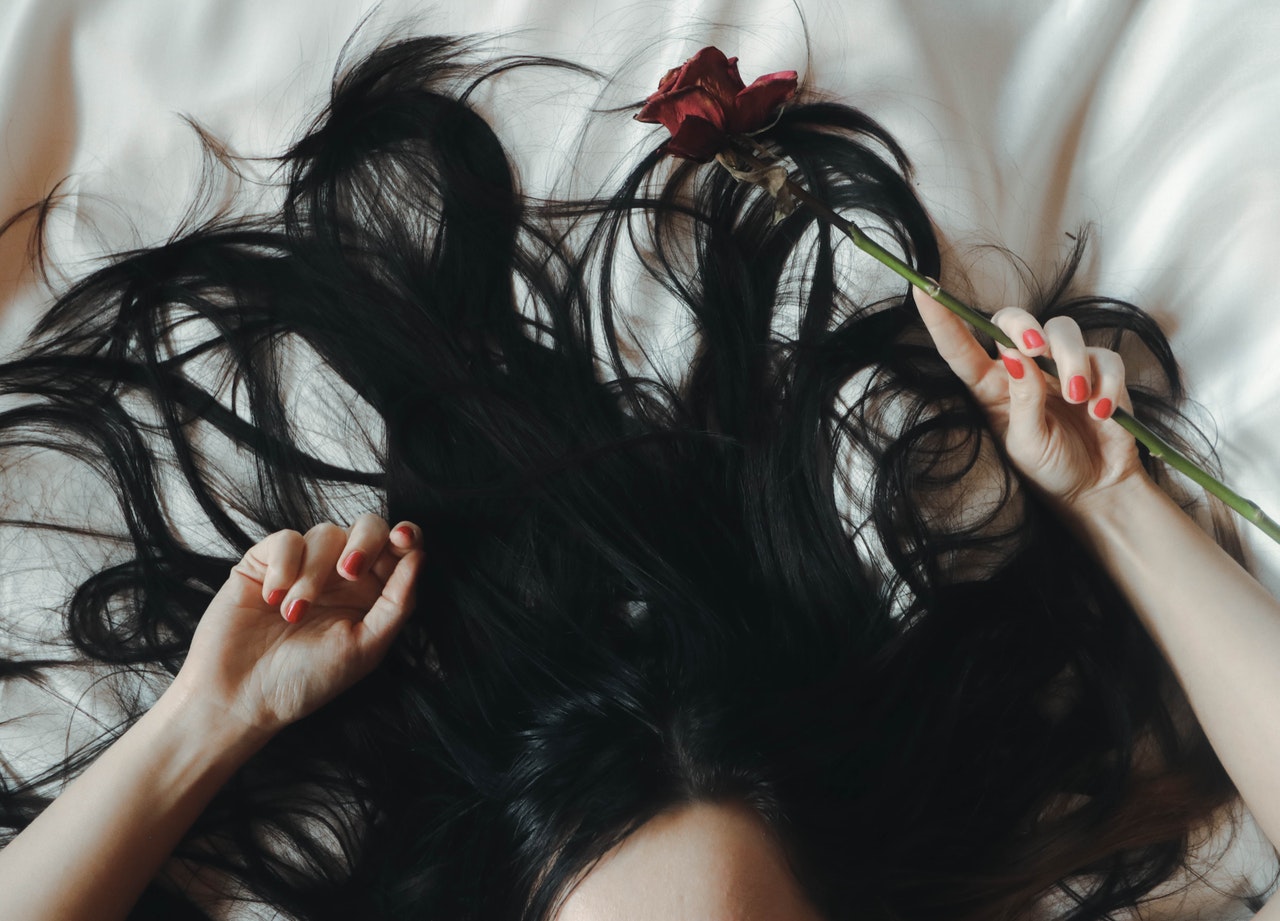 Yep, that’s true. Short wifeys are just easier to handle in the bed, and that translates to a much more exciting sex life. Any man who’s married to one will say the same thing because just that’s how it is. She’ll weigh a whole lot less, and that provides maneuverability to explore more adventurous stuff sexually. You could hold her in your arms while you make love to her, spin her around, or do whatever she likes! Heck, you could even hold her upside down by her ankles without any following back pains. You’d essentially unlock a whole new section of the Kamasutra if you choose a mini-wifey!

5. She get drunk quicker than you, and becomes even more adorable! 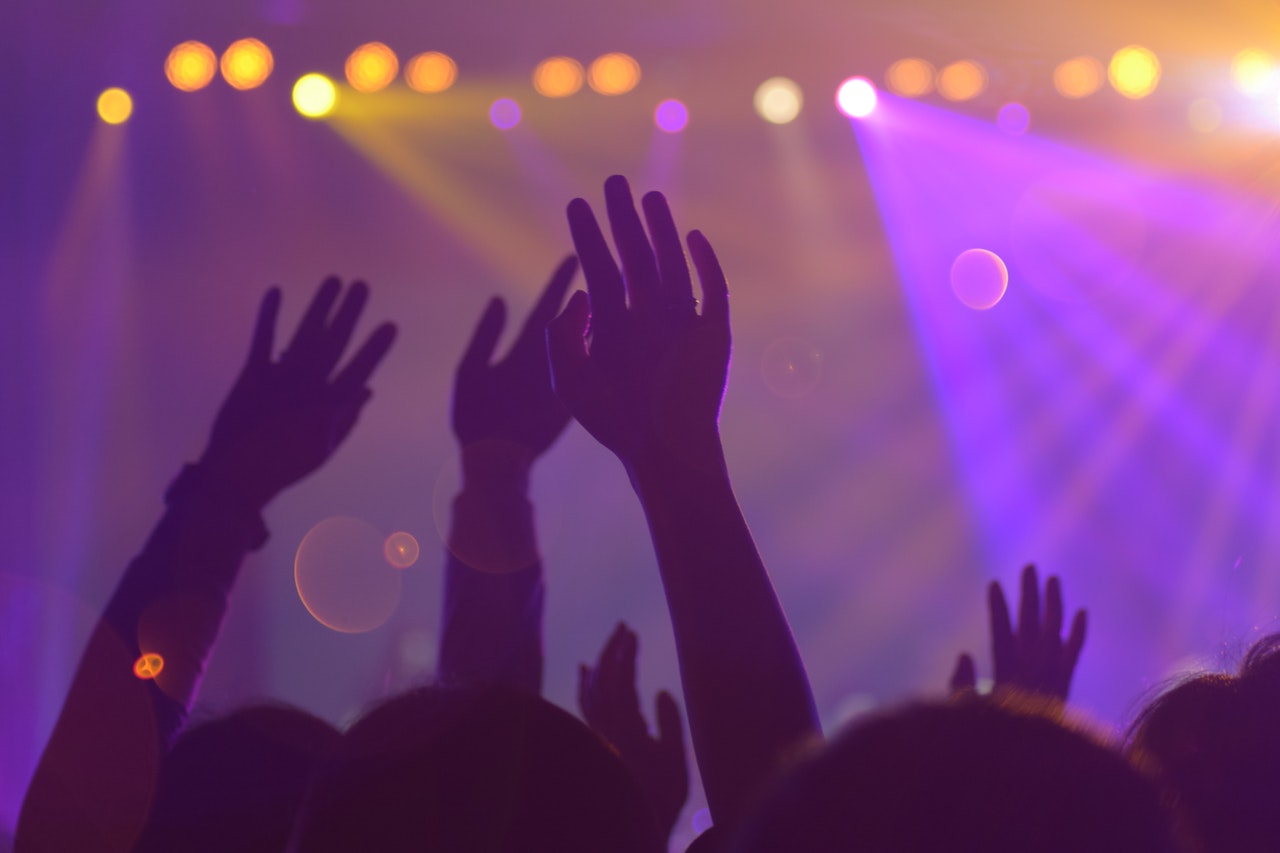 She even gets drunk quicker than you, because her tiny body can’t handle as much alcohol as you, or so it seems. When she starts acting funny, and you don’t even have to use two hands to hold her still – oh, the list goes on and on. Whatever she lacks vertically, she makes up for by her charming personality traits and unmatched levels of loveliness. It’s way too hard to see her without being like that heart-eye emoji every time you look at her, and that makes any relationship worthwhile!

This one’s as true as it gets. You could look at the photos of a short girl you know right now and confirm it. A short girl looks almost the same whether she’s 28 or 18, literally. Their skin naturally won’t crumble easily, allowing them to age way better than the rest of us. There’s a lot less surface area to cover, and their skin remains the same for way longer than ours does. 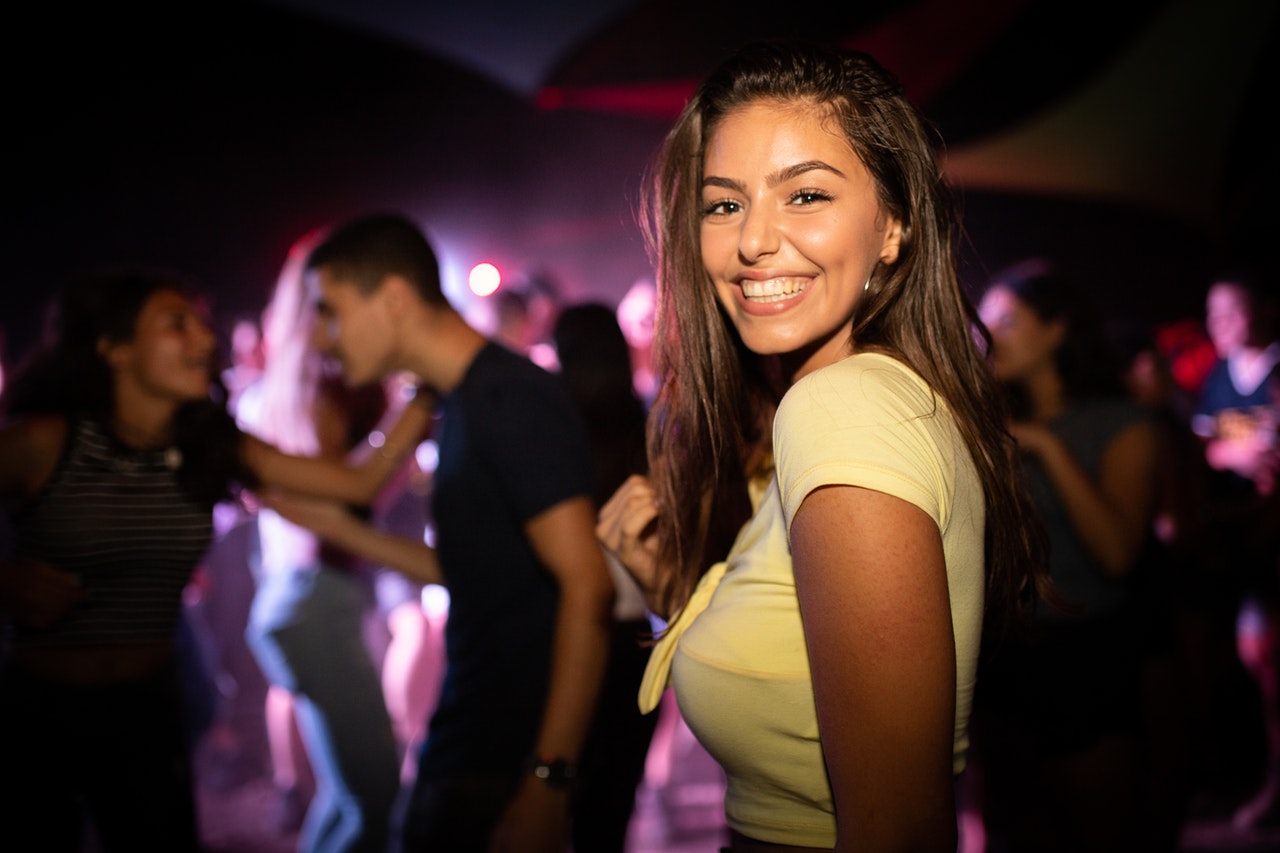 No matter what age they are, they’ll always look younger than colleagues of their age, or even men who are five years younger. This makes them irresistible for any man out there, because who doesn’t want a girl who will stay timelessly young and hot?

It feels way better to kiss, hug, and cuddle a pint-sized wife – you’ll have to try this to understand it. You get to rest your chin on the top of her head when you hug, and she’d love listening to your heartbeat too. It’s the cutest! It feels way more wholesome than hugging someone the same height as you. 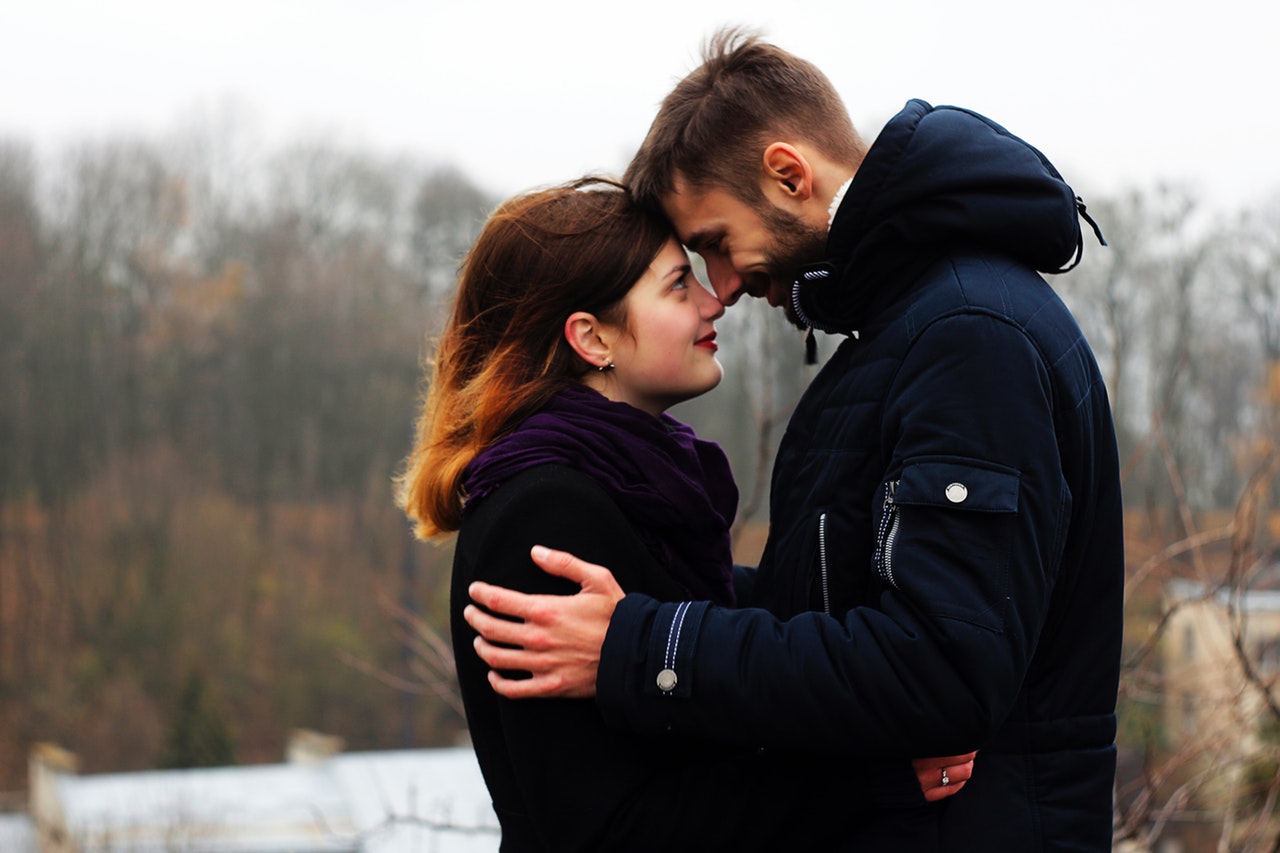 The way she has to stand taller and get on her toes just to reach your lips as you look down, it’s so damn romantic. It’s one of those things that doesn’t just look lovely in the movies, but also feels amazing in real life. It makes the guy feel more powerful and protective of his wife, and it’s one of the best things you can make a man feel. Naturally, men crave dominance. Being able to wrap a short girl in just one arm when you cuddle her brings that feeling effortlessly. As a bonus, her feminine side will love being handled that way, so it’s a win-win!

You get to feel super-duper manly

Speaking of dominance, short girls will make you feel manlier in almost every aspect of your lives as a couple. You get to open tight jars for her, reach the spots she can’t reach, and just help her out with the most trivial everyday tasks that she can’t do without you. She has an inherent need to depend on you for adorable little things, and you get to be her stronger half every day! Even carrying her to the bed is easy if she falls asleep on the couch, and that’ll just make you feel like her Hercules – it’s amazing. 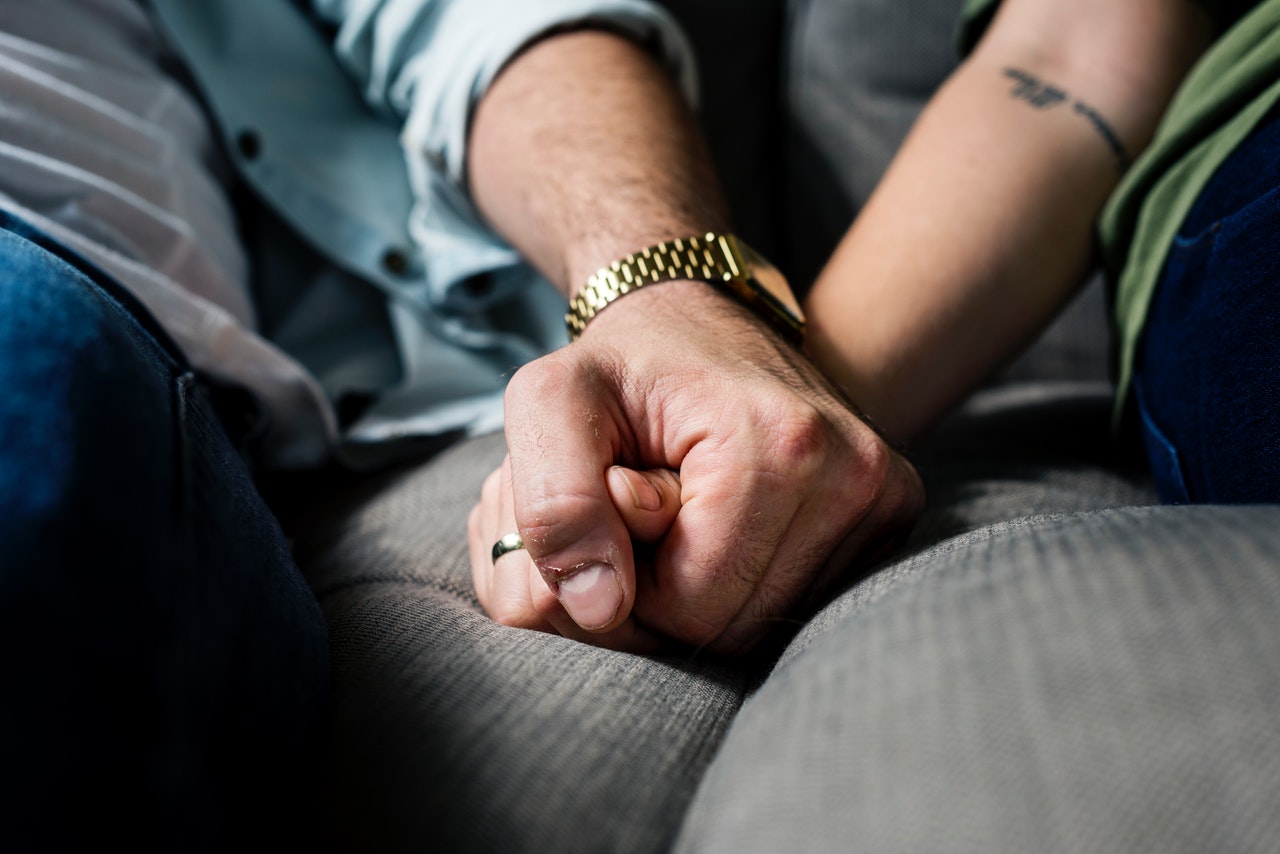 Even if she wears the biggest heals she’s got, you won’t ever feel threatened to look shorter than her. There will be little to no occasions for you to feel emasculated, and your manly ego gets a regular and consistent boost. Luckily, she probably loves feeling delicate and feminine, so everyone wins!

They’re naturally easier on your wallet 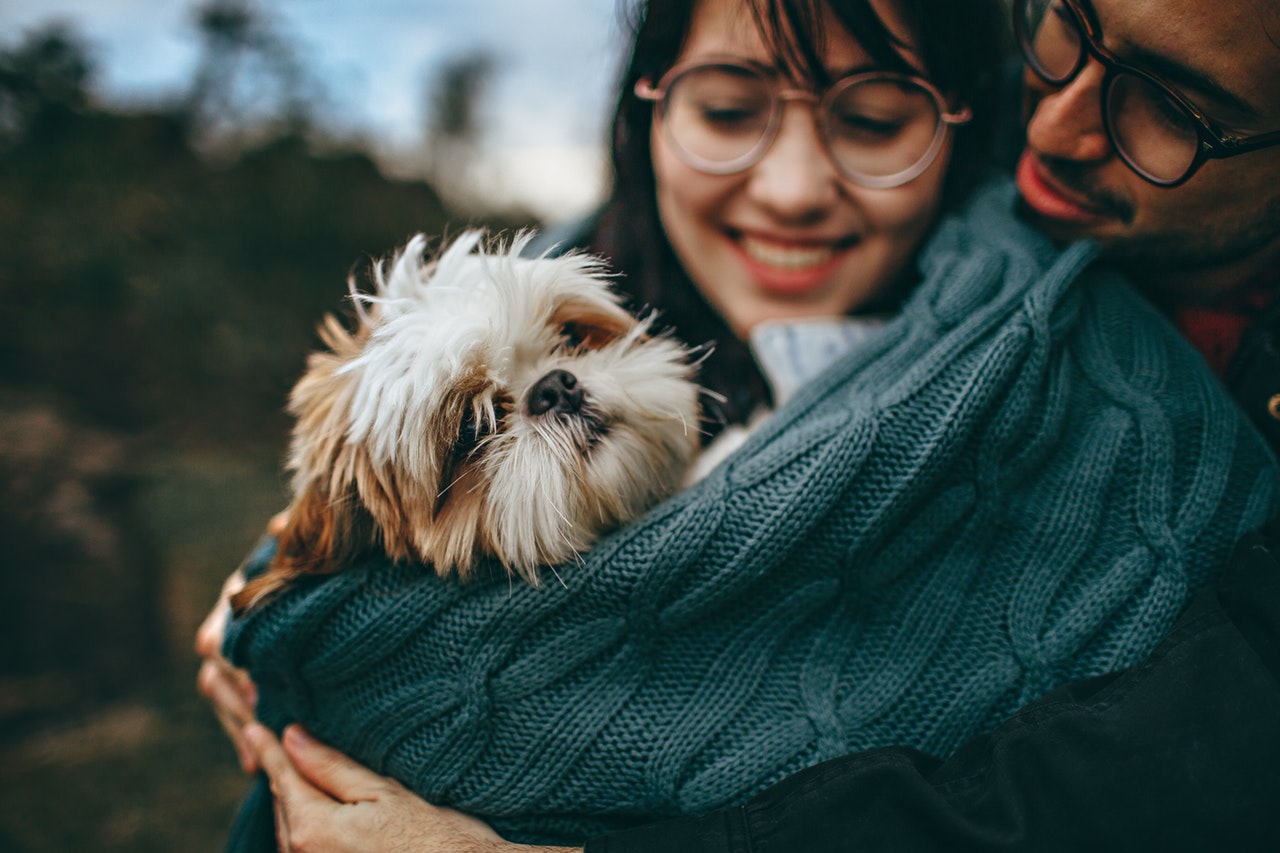 It’s hard to find high maintenance shorties. You won’t ever have to spend a lot on them to keep them happy, scientifically speaking. She’s not physically able to eat a lot, plus they’re conscious about getting fat too. You save a lot on shopping for their clothes also because if she’s reaaallly on the short side, it’s as easy as picking a pajama from the kid’s section. You save a lot, plus their adorableness makes it too easy to spend your money on them when you choose to treat her with a pricey bag. Their special, and her cute reactions make it worthwhile to give her everything you’ve got!

Related Article: 7 Insecurities Of A Tall Girl That You Didn't Know 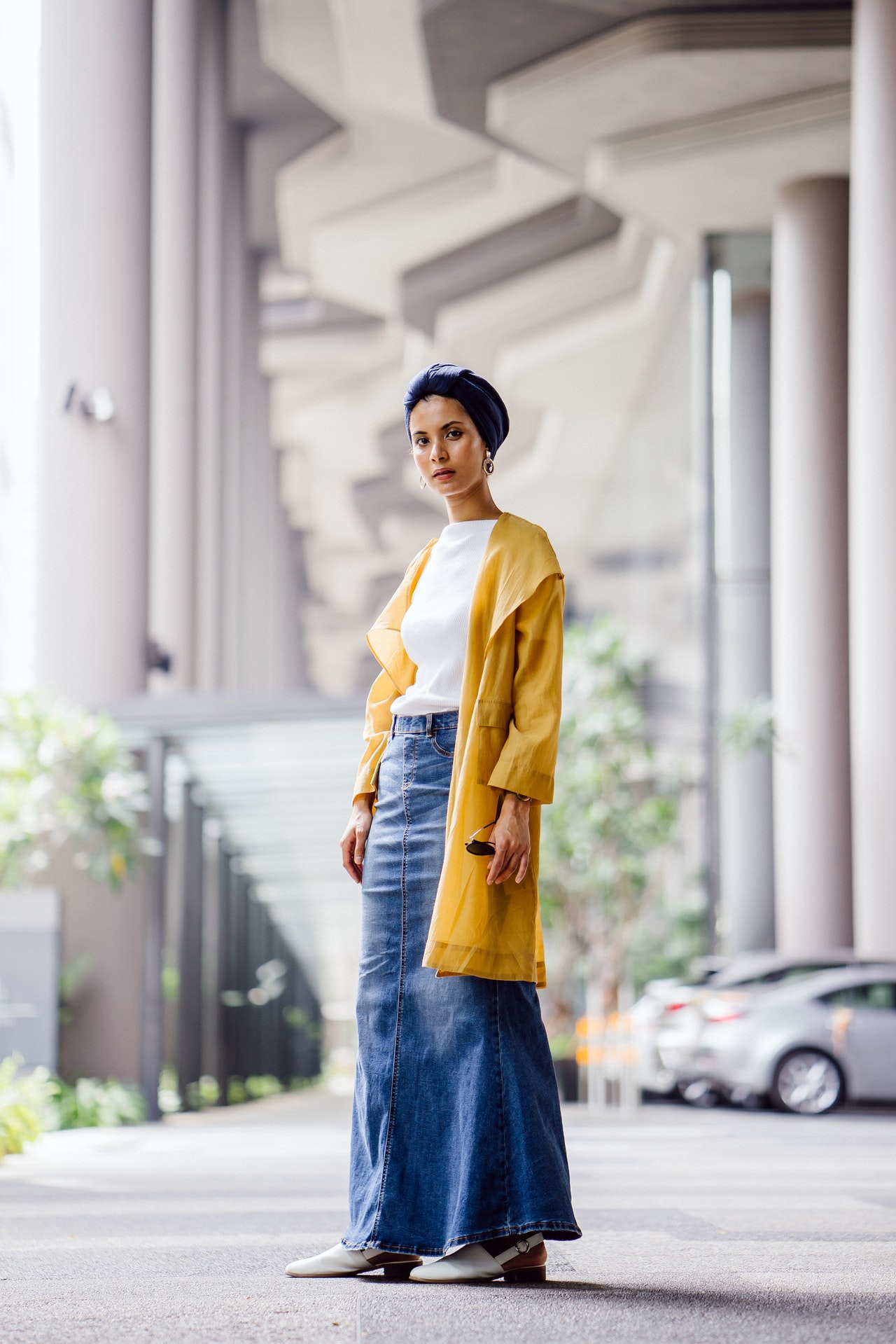 Envy that waif model types girls? 7 insecurities that she secretly has. 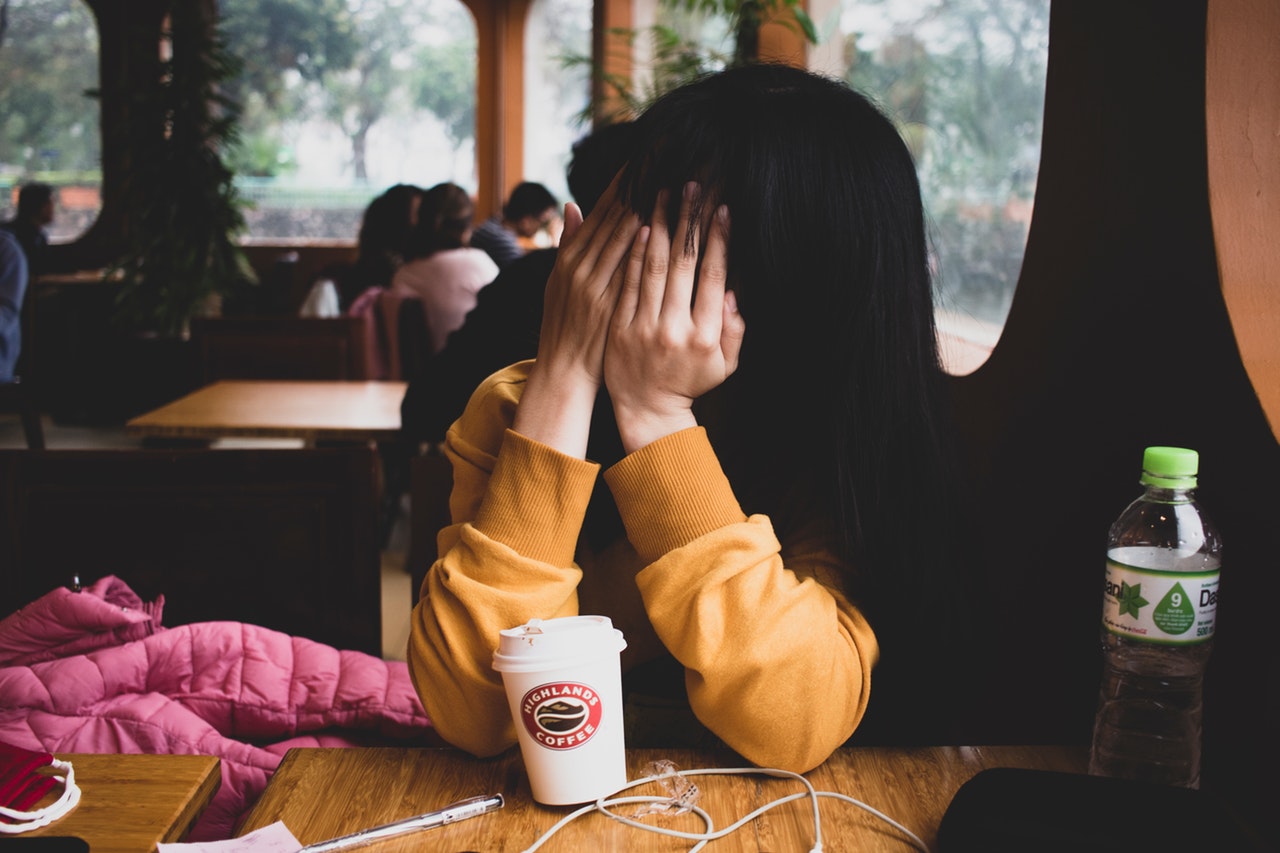 Remember, this article isn’t meant to talk down tall girls or anything; it’s just meant to give the shorties some spotlight they deserve. Tall girls have a unique charm to them too, but it’s an unmatched feeling to have a short one wrapped up in your arms. Holding her, kissing her, and cuddling her.. everything becomes way more special! If you’ve got a shorty by your side, realize their worth and don’t take her for granted! And if you’re on the lookout for some real wifey material, make sure you become open-minded about the short-sized options too!